British Tamil youth hold Higher Education and Careers Convention in Leicester on Saturday 29th October 2011. The event was organised by TYO-UK in collaboration with Leicester Tamil Student Union. Following the success of TYO-UK’s first convention, held in London earlier this year, Tamil school children and parents living in the midlands had approached the organisers requesting a similar event be held locally. The convention featured stalls highlighting various professions extremely popular amongst Tamil youths such as Medicine, Dentistry, Law, Finance, Accounting, Banking, Teaching and Engineering as well as stalls hosted by the The Metropolitan Police, The Royal Navy and Centrica. Representatives from the Metropolitan police and the Royal Navy were highly popular amongst the students who attended.

Higher educational institutions, such as Leicester College, the University of Leicester, De Montfort University, the University of Cambridge and Imperial College London, University of London were also present showcasing their academic institutions. Local councillor Baljit Singh, Evington ward, who attended the event praised the organisers for addressing the needs of the local youth and inspiring them to excel academically. Full Tamil Guardian Article: http://www.tamilguardian.com/article.asp?articleid=3860 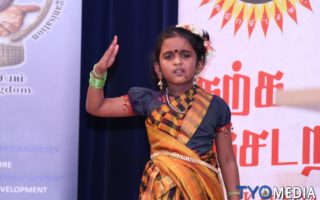