Skip to Content
Home / Analysis and Advocacy / A united fight against the oppression of Eelam Tamils in the homeland
Share
As Tamils all over the diaspora gathered in hundreds to mark the 5th year remembrance of the Mullivaikaal massacre of May 2009, an overwhelming growth in the numbers gathered at the University of Jaffna, in the homeland, to remember and pay respects to the war dead could be witnessed.

Ambitious efforts were made by the Sri Lankan military to suppress anyone who attempted to remember the war dead, including Tamil students, academics and even democratically elected political representatives of the Tamils. But, despite this trauma and intimidation caused by the Sri Lankan state the University students and the academics patriotically commemorated the remembrance of the Mullivaikal Massacre. Tamil politicians, including Northern Provincial Council member Ms Ananthi Sasitharan, were blocked by the Sri Lankan police from marking the remembrance. In addition, students received threatening messages from anonymous sources for holding the remembrance, as a result from which the Jaffna University Society declared a two-day strike.

As the fight against the oppression took place through various means, such as strikes and protests, in the homeland, what could be observed in the diaspora was something overpowering. Just days after the news of the threat messages and strike by Jaffna University students released, on 23rd May 2014 from 7pm (GMT), Twitter was filled with tweets supporting the students in the homeland. Using the hashtag ‘#HandsOffJaffnaUni’, Tamils all over the world and the diaspora tweeted showing anger, frustration as well as standing in solidarity with the youth in the homeland.

What started off as a small awareness campaign initiative went onto becoming something that illustrated the very unity between Tamils from the homeland, diaspora and elsewhere on the fight to freedom. Each tweet was clear and expressive showing not only emotions but also hope. The Eelam Tamils all over the world showed an unbreakable unity in the thirst for freedom and the fight against the genocide by the Sri Lankan state.

Individuals, Eelam Tamil youth, activists as well as Tamil organisations joined in from around the world as the hour went on. Tweets can be seen to have openly targeted Western diplomats, such as Mr David Cameron, Ms Navanethem Pillay and William Hague, seeking to find a response to the ongoing genocide.

Tweets below demonstrate a small proportion of what was witnessed on twitter tonight.

“We are in solidarity with our brothers and sisters. Students united can never be defeated #HandsOffJaffnaUni”

“Rise above all forms of oppression. Students united will never be defeated. #HandsOffJaffnaUni” – I stand in solidarity!”

“Why cannot #Tamils mourn for their loved ones? Intimidation harassment death threats, the price they pay #HandsOffJaffnaUni @David_Cameron”

Brothers and sisters all around the world wont stop fighting ..this oppression needs to end #HandsOffJaffnaUni”

This collective uprise emphasised the clear unified connection between the Eelam Tamils in the homeland and those in the diaspora as well as showing the unified path in reaching the solution for freedom.  It illustrates that oppression cannot divert or stop the struggle for an independent state of Tamil Eelam. We stand in solidarity with the Jaffna University students! 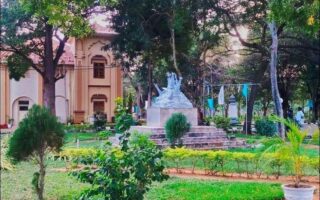