Sri Lanka is facing a deepening economic crisis and the economic situation continues to spiral out of control. Since Sri Lanka gained independence from British rule in 1948, the state had intensified the genocide of the Eelam Tamils, who have a defined historical and traditional homeland, Tamileelam. The traditional homeland, economy, distinct culture, history, heritage, and language of the Eelam Tamils have been systematically targeted and destroyed by successive Sri Lankan governments in their plan to eliminate the Eelam Tamil nation.

Successive Sri Lankan governments have allocated massive budgets and state resources to fund the genocide of the Eelam Tamils. Sinhala Buddhist chauvinist policies such as:  occupation, militarisation and land grabs have been the driving force in the country with the ambition to further dismantle and weaken the Eelam Tamil Nation and their legitimate claim to their traditional and historical homeland. This strategy and state policy is undoubtedly the root cause of Sri Lanka’s current economic situation.

Currently, Sri Lanka is at crossroads. It is time for all stakeholders to recognise that Sri Lanka is a failed state. It is incapable of providing the basic functions and responsibilities to its citizens. Furthermore, the Eelam Tamils continue to suffer profoundly more because of the continued oppression, occupation and genocidal policies that are perpetrated by the Sri Lankan state. History shows that irrespective of who is in power in Sri Lanka, the pursuit of genocide against Tamils will continue. Eelam Tamils should not suffer any further because of the inability of the Sri Lankan state to govern.

We urge that any attempt to solve the current economic crisis should be dependent on providing a lasting solution to the Tamil National Question that recognises the sovereignty and independence of Tamileelam, the homeland of Eelam Tamils. An independent Tamil state of Tamileelam alongside the state of Sri Lanka living in peace is the political aspiration of the Eelam Tamils. Eelam Tamils should be free to chart their own path and pursue their own political destiny and not be held hostage to the decisions being made in Colombo. Sri Lanka’s prosperity and future is interconnected with how it seeks to address the long-standing Tamil National Question.

This statement has been endorsed by the following organisations: 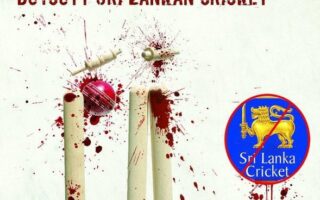