Skip to Content
Home / General / The failure of international community to prevent genocide of the Eelam Tamils resulted in one of the most recent genocides.
Share

The Sri Lankan state and its institutions implement policies that perpetuate the murder, torture, sexual violence, enforced disappearances and genocide of the Eelam Tamil nation.

The Sri Lankan state’s genocide on the Tamils reached its height in May of 2009. The failure of international bodies and institutions to prevent genocide of the Tamil people resulted in one of the most recent genocides of the 21st century.  In May 2009 alone, tens of thousands of Tamil civilians lost their lives and countless others maimed and injured. The slaughter of Tamils reached genocidal proportions in Mullivaikal, where tens of thousands of Tamils were slaughtered in cold blood.   Credible civil society in the Tamil homeland estimates that over 146,679 people disappeared during this time.  Today, those civilians continue to remain unaccounted for and the pursuit of justice for them continues.

Recently, the Sri Lankan state has decided to unilaterally withdraw from the UN Human Rights Council’s resolution 30/1.  Sri Lanka has a long history and track record of hoodwinking the International Community on the Tamil National Questions.  This is yet another attempt to prolong and ultimately deny justice to the Tamil people.

Domestic processes do not work, international intervention is necessary. How can the very state, who committed these crimes, investigate them? An international mechanism needs to be in place, and we will persist until this happens.  Self-determination is the only solution to all the problems Sri Lanka poses.

The United Nations and the International Community cannot sit idle and watch this from the side-lines.  They have the moral and legal obligation to provide immediate justice for the Tamils.  This underscores the immediate need for an independent and international investigation into war crimes, crimes against humanity and genocide of the Eelam Tamil nation in Sri Lanka.  Furthermore, the United Nations and International Community must setup a referendum in the Tamil homeland, where Tamils can ultimately voice their political aspirations and chart their own political destiny.  This has been the demand of Tamils since Sri Lanka’s independence.

This disregard for justice, order and equality is the essence of the Sri Lanka. February 4th – for the Sri Lankans is a day of celebration for independence, but for us Tamils it marks our Black Day. For us it is a day where Sri Lankans celebrate the genocide of our people. They stripped away our families, our history, our potential and even our language. They do not allow us to mourn. The occupying Sinhala military and police removed the black flags and banners that the Tamil student community had put up at the entrance to the University of Jaffna. Under the guise of counterterrorism they have promoted discrimination, hate and taken away our liberty.

Today the situation for Tamils have not changed.   The Sinhala nation has yet again spoken loud and clear in the recent elections in Sri Lanka.  It had elected war criminal Gotabaya Rajapaksa as its president.   The Sri Lankan state apparatus and its military has now further intensified its strategy and policy of interfering in the civil affairs in the Tamil homeland.  Torture, rape, and abductions are widespread.

But it doesn’t end there.  State aided colonisation schemes and land grabs are becoming a popular policy of the Sri Lankan state to further marginalise the Tamil Nation. This cannot continue.  The occupying SL military, Sinhala business owners and politicians from the South are now targeting the lands for various exploitative businesses such as tourism-related hotels and wind farms. The cries of displaced families who have lost everything are being ignored in the name of money. The areas are of immense natural beauty and archaeological value to the Eelam Tamils. They are covered by massive dunes, dotted with archaeological remains ranging from microlithic/megalithic times to the times of the Dutch.

There are still tens of thousands who have disappeared and family members do not know their whereabouts.   Tamils live in a climate of fear with intelligence officers watching everyone move.   Tamils continue to live without a voice and in constant fear.

Accounts have been released stating that body parts of the Tamil people were dismembered and allegedly fed to crocodiles. This is absolutely harrowing. Families and parents are perishing, never to attain answers as to where their loved ones are.  Most recently, a father, who was taking part in the protest that has continued for more than 1,050 days in Vavuniya on behalf of his missing son. He has passed without knowing what happened to his child. For him, for his son we will keep fighting till we know what has happened, even if no one else will. The government attempted to silence us by providing certificates of absence – do not patronise us. The United Nations has let us down, resolutions have not been delivered, the international justice for genocide has been systematically sabotaged by the powers that were only interested in negotiating their prospects for geopolitical access to the island with the genocidal state.

We as a community will never forget, the Government can continue to stifle us but the Eelam Tamil nation will always remember what happened to us and the sacrifices made in our name. In every corner of Eelam, in every corner of the world we remember… we resist.

The Tamil Youth Organisation (TYO) calls on the United Nations and the entire International Community to take meaningful and practical steps to address the aspirations of the Tamil people and help deliver a political solution that will allow Tamils to live in peace and honour in their homeland. 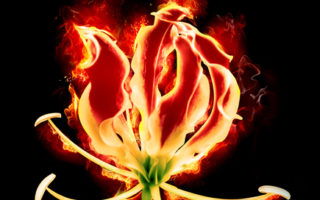 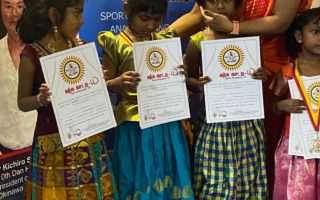 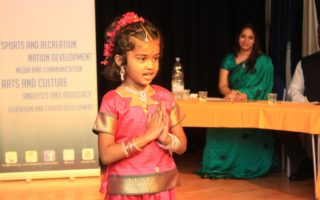