Skip to Content
Home / Press Releases-English / Cricket and Sri Lanka’s killing fields: why a boycott is essential for justice
Share
Despite the mounting evidence of mass killings of over 40,000 Tamil civilians by the Sri Lankan armed forces in 2009, the Sri Lankan government is defiantly refusing to allow an impartial and independent investigation into the atrocities. Instead, like repressive regimes elsewhere, it is attacking those making the growing demands for justice, dismissing these as a ‘separatist, terrorist agenda’.

Britain is amongst the countries also calling for a thorough investigation of the mass killings – something the Tamil people and international human rights groups have long been calling for. So is the UN panel of experts, which studied the final months of the war, and whose report released in April 2011, makes clear the scale and brutality of the atrocities.

However, given Sri Lanka’s continuing intransigence and defiance, Britain must now go beyond rhetorical support and take concrete action to ensure justice is served.

As a first step, Britain must support the international isolation of the Sri Lankan regime, beginning with a sports boycott, until it accepts an independent, international investigation into the mass killings.

A boycott of Sri Lankan sport will send a clear message to Sri Lanka’s ruling regime and in particular to the regime’s many supporters at home, of the international community’s abhorrence of these atrocities and its commitment to justice.

Sports boycotts were crucial in changing the recalcitrant defiance of the repressive governments of Apartheid South Africa and, more recently, Zimbabwe. In his 2008 speech in London to the international cricketing body, the MCC, Archbishop Desmond Tutu made clear how the cricket boycott was crucial in bringing home to the Apartheid regime’s supporters the strength of the international community’s opposition.

Britain rightly took a leading role in both Zimbabwe and Apartheid South Africa, and must do so in relation to Sri Lanka. All three are Commonwealth countries with which Britain has a unique connection. Last week, the Commonwealth Secretariat also joined in the international demands for an independent investigation of Sri Lanka’s war crimes.

As recent commentary in leading British newspapers has argued, sports and politics cannot be separated, and especially so in Sri Lanka’s case.

The Daily Telegraph newspaper has slammed the decision as a ‘scandal’ and The Guardian as a ‘disgrace’. The Times’ cricket commentator and sports writer of the year, former England captain Mike Atherton, pointed out how “with Jayasuriya’s recall, the alignment of cricketing and political interests in Sri Lanka is laid bare.”

Teams representing countries like Sri Lanka, whose regimes brazenly abuse human rights with impunity, should not be allowed a role in international sport. To do so otherwise is to legitimise these regimes and whitewash their crimes. This is why the Tamil Youth Organisation (TYO) has been conducting the ‘Boycott Sri Lankan Cricket’ campaign this year.

We urge the England team to reconsider their tour of Sri Lanka later this year, and to stand by the same moral standards that led to their contribution to the successful boycott of Mugabe’s Zimbabwe a few years ago. Such a decision will be welcomed by their fans: last week Channel 4 News conducted a poll in which 87% of Britons said England should reconsider their tour of Sri Lanka.

We reiterate our call for Britain to take decisive action to uphold the rule of international humanitarian and human rights law, and to ensure justice and accountability are served, with respect to Sri Lanka’s mass killings. To this end, in particular reference to cricket and war crimes, we again call on Britain to:

– Impose sanctions on Sri Lanka, including in the fields of arts and sports, until the Sri Lankan government cooperates with international investigations 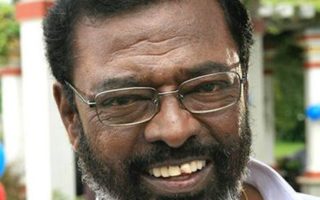