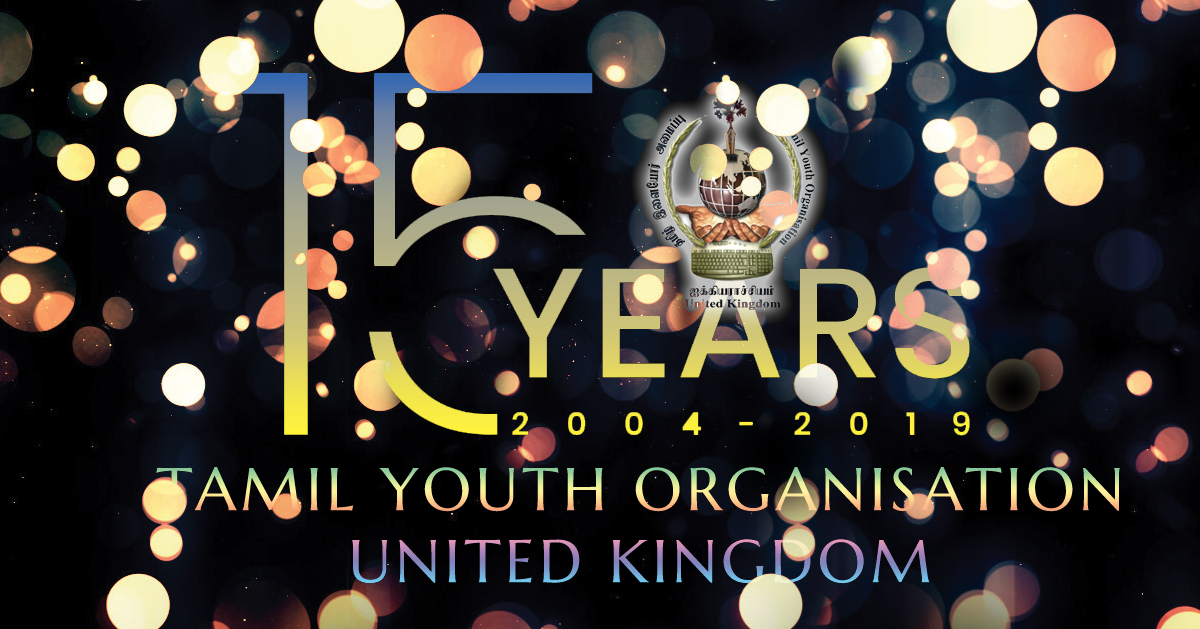 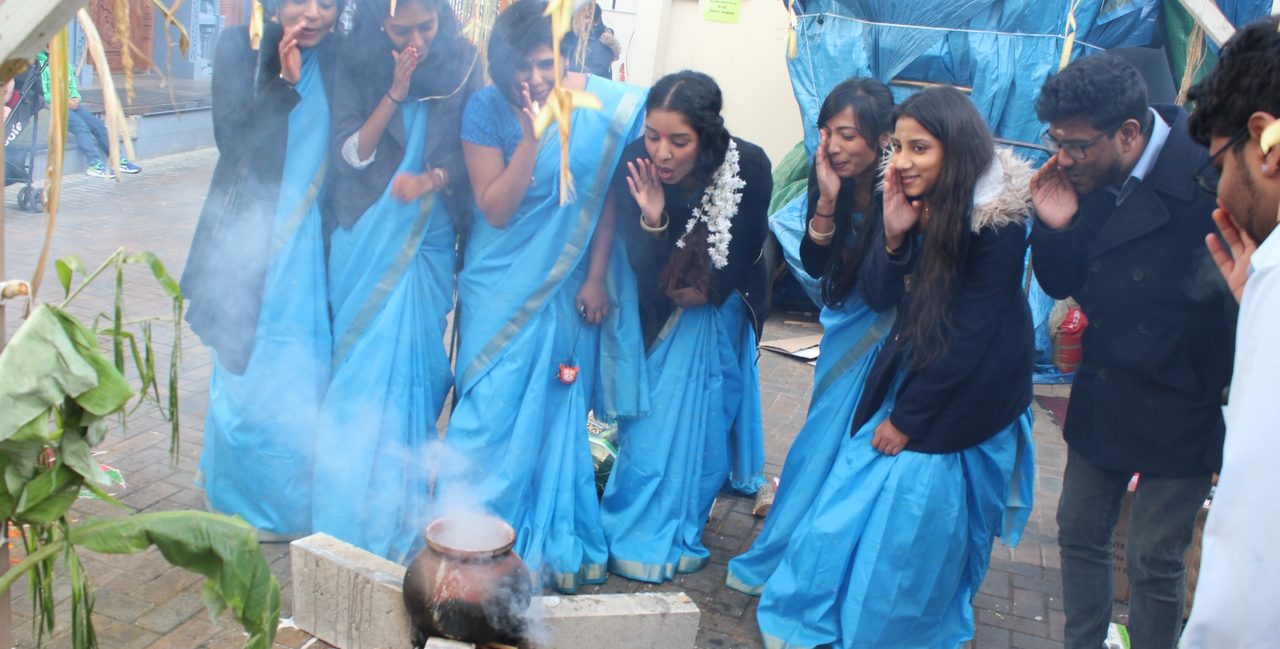 Celebrating the arts and culture of the Eelam Tamil nation 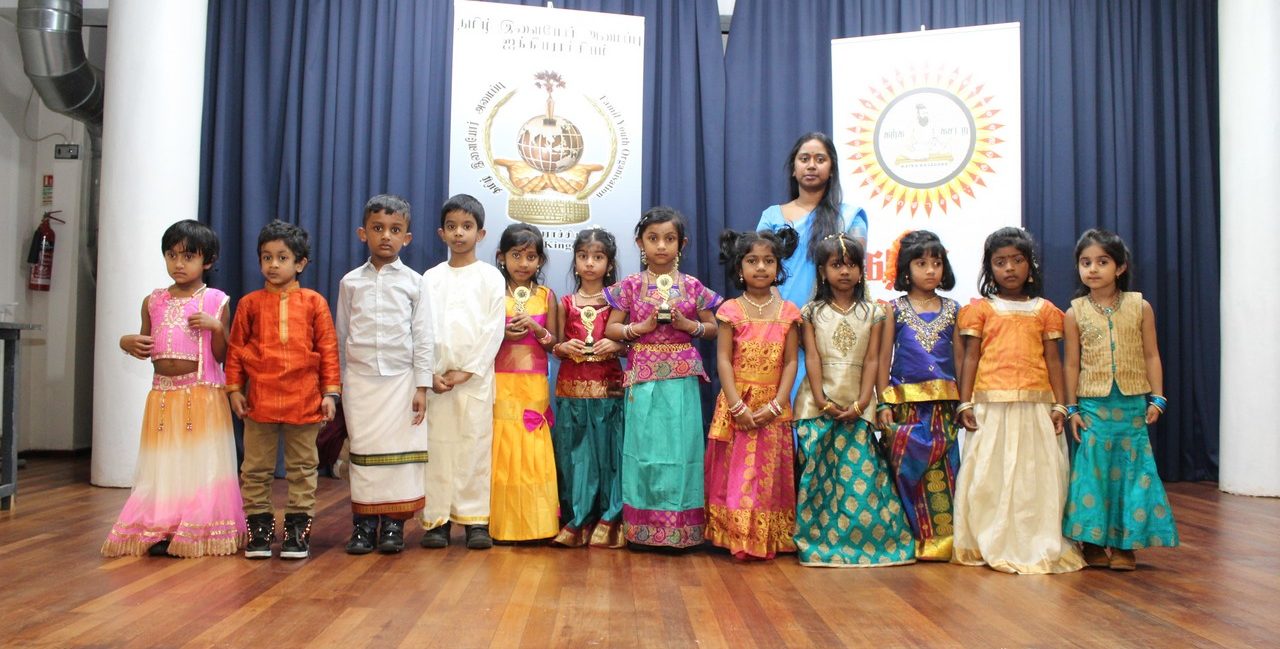 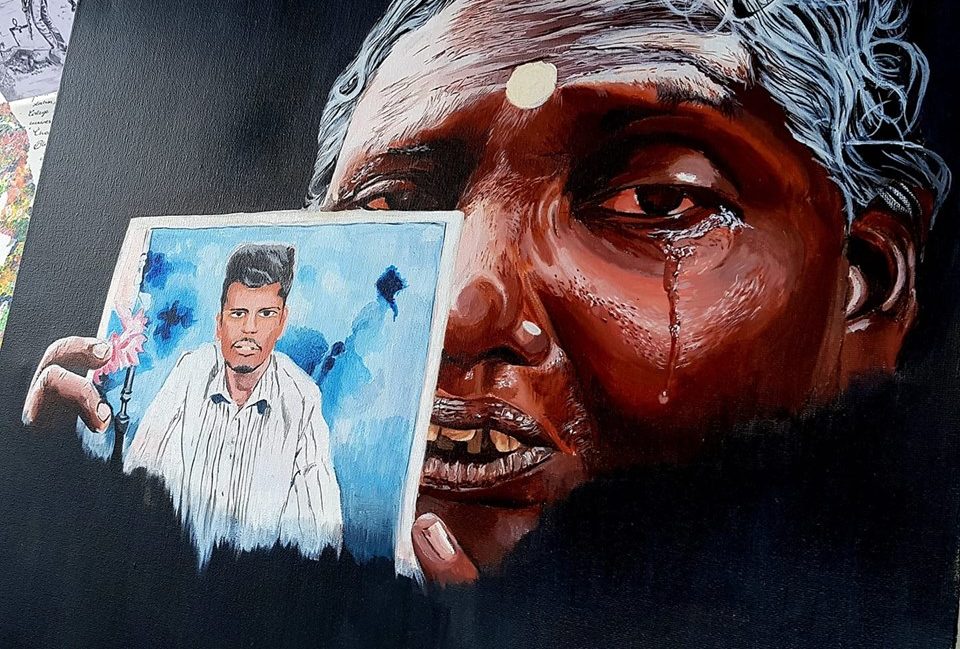 Advocating the rights of Eelam Tamils 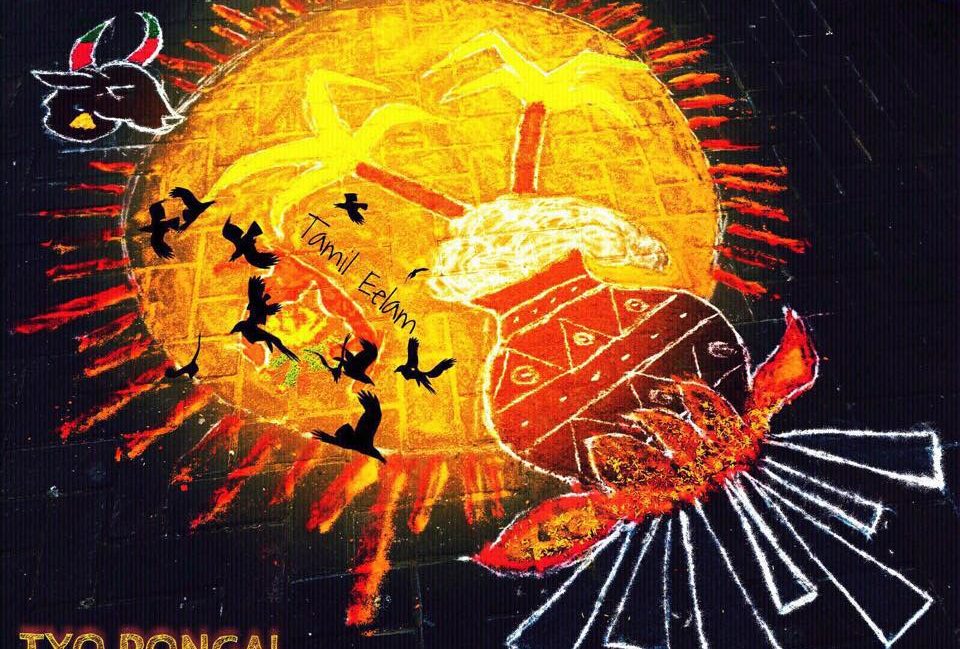 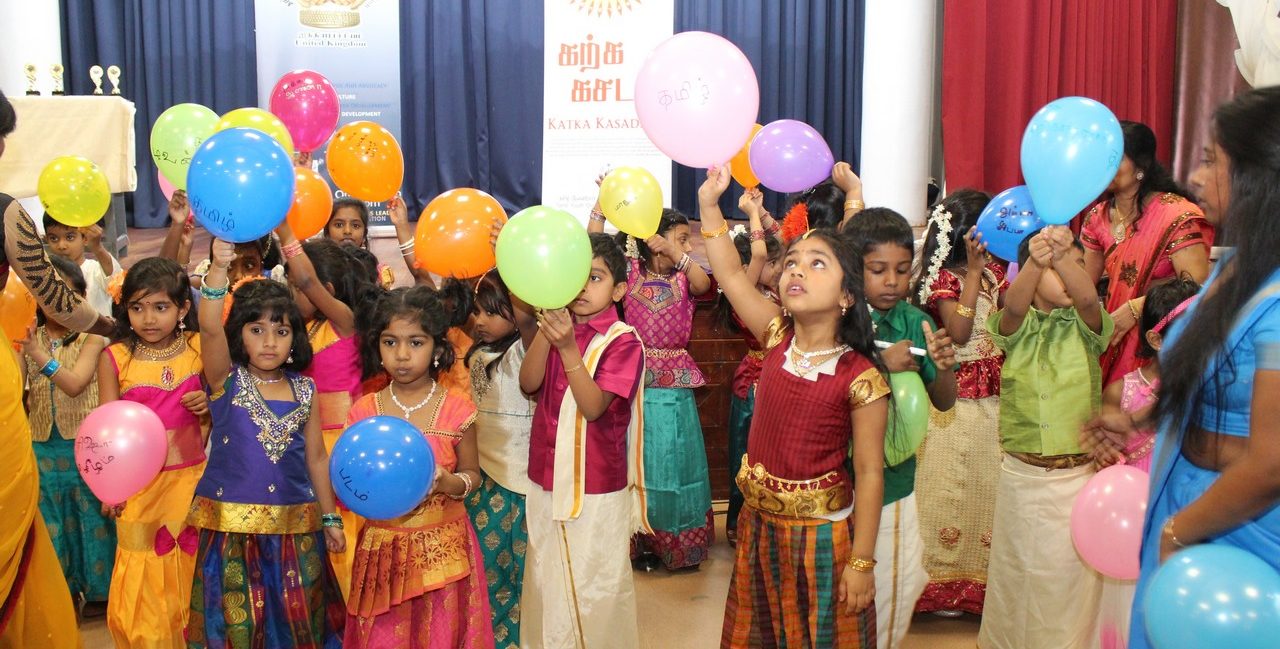 Celebrating the beauty of the Tamil language 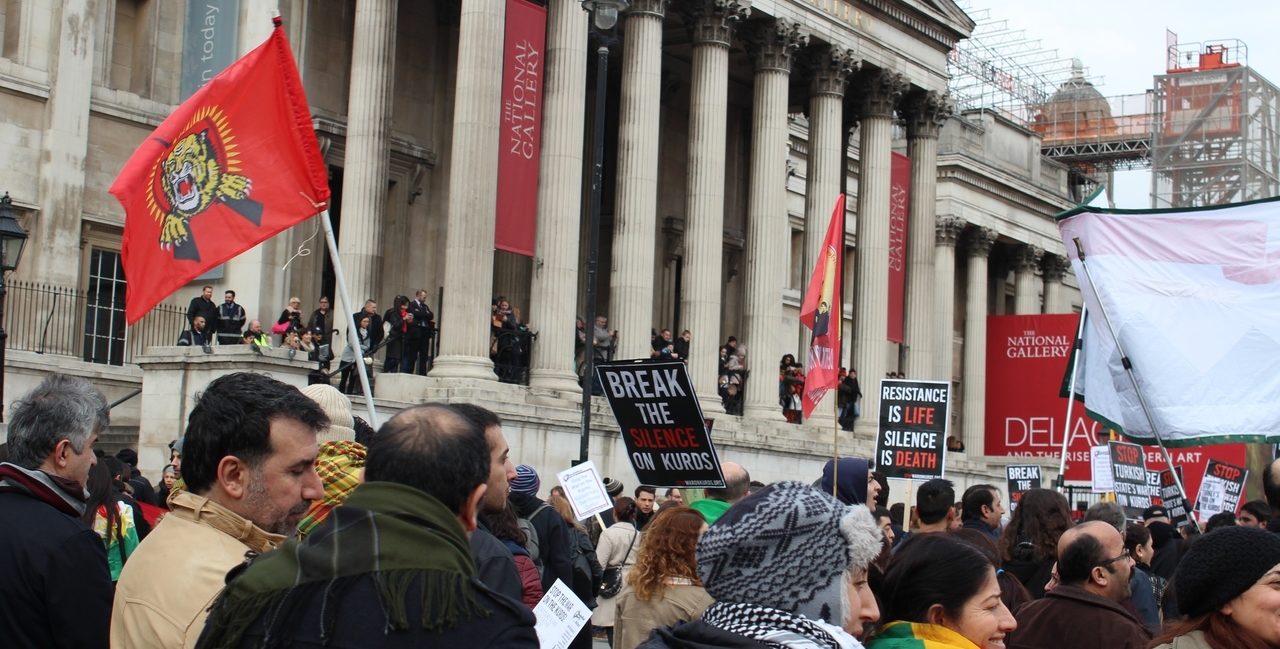 Campaigning for justice and peace for the Eelam nation

The spotlight on Sri Lanka’s grim reality has led to UK journalists and commentators questioning whether it is right to be playing cricket with Sri Lanka Channel 4 news – ‘England cricket team takes on Sri Lanka amid controversy’ – 25/06/11 http://www.channel4.com/news/england-cricket-team-takes-on-sri-lanka-amid-controversy Andy Bull –  The Guardian – ‘A Sri Lankan Scandal’ – 21/06/11 http://www.guardian.co.uk/sport/2011/jun/21/the-spin-sanath-jayasuriya-england END_OF_DOCUMENT_TOKEN_TO_BE_REPLACED

The national flags of Tamil Eelam and Sri Lanka were amongst forty paraded Saturday in Germany’s biggest stadium, the Westfalenstadion, before a football match between champions Borussia Dortmund and FC Nuremberg. Borussia Dortmund, one of Germany’s most successful football clubs, organised the parade of flags representing the nationalities of its players and supporters to demonstrate END_OF_DOCUMENT_TOKEN_TO_BE_REPLACED

November 12th 2011 Toronto – The Karthigai Poo pin modeled after the Gloriosa Lily (Botanical name – Liliaceae Glory lily), the national flower of Tamileelam has been released by the Tamil Youth Organization to symbolize and mark the month of November. The month of November is a tribute to our martyrs, and their immense sacrifice END_OF_DOCUMENT_TOKEN_TO_BE_REPLACED

British Tamil youth hold Higher Education and Careers Convention in Leicester on Saturday 29th October 2011. The event was organised by TYO-UK in collaboration with Leicester Tamil Student Union. Following the success of TYO-UK’s first convention, held in London earlier this year, Tamil school children and parents living in the midlands had approached the organisers requesting a END_OF_DOCUMENT_TOKEN_TO_BE_REPLACED

As part of the its defining goal of ‘empowering the Tamil youth’, the TYO (Tamil Youth Organisation) organised a higher education and careers convention in West London on Saturday afternoon. The 4-hour event which hosted recruitment and careers stalls from employers and leading universities, as well as running workshops in interview skills, revision technique and END_OF_DOCUMENT_TOKEN_TO_BE_REPLACED

Members of the Tamil Youth Organisation in UK gathered in a London park in the early hours Saturday to follow the age old Tamil custom of boiling milk and rice in a traditional clay pot on Pongal day. As in the rest of the Tamil community, the usually joyous event was muted amid the continuing END_OF_DOCUMENT_TOKEN_TO_BE_REPLACED

Theoverwhelming question raised by many is why the title ‘Athi Unatha Arpanippu'(The Ultimate Sacrifice) for a poem competition. Some may think it is prettystraight forward; on the other hand some may not have the slightest of clues. The titlecame about to commemorate those who made ‘The Ultimate Sacrifice’ for OURnation. Little do many know what END_OF_DOCUMENT_TOKEN_TO_BE_REPLACED

Katka Kasadara was the only one of its sort to be held in London with two rounds of tough contestants. The first round was held in the four London regions boasting an outstanding turnout of over 200 participants. The top three competitors were carefully selected by our panel of top judges. The judges informed TYO END_OF_DOCUMENT_TOKEN_TO_BE_REPLACED

Groups of protestors outside retailers and business in Britain are not unusual. Most recently UK-Uncut activists launched a wave of sit-ins in and around corporations associated with tax dodging. That campaign turn on consumers not wishing to put money into pockets of those they believe are behaving unethically or exploitatively. Amidst other campaigns-through-consumer, Tamil activists END_OF_DOCUMENT_TOKEN_TO_BE_REPLACED

Background to the Boycott: Sri Lanka stands accused of war crimes against the Tamil population during the final stages of the war in 2009 where up to 135,000 Tamil civilians were killed. Over the past two years leading human rights groups such as Human Rights Watch, Amnesty International and International Crisis Group, as well as END_OF_DOCUMENT_TOKEN_TO_BE_REPLACED